Things to do in Longmont: Oskar Blues Brewery

Home » Things to do in Longmont: Oskar Blues Brewery

The Coolest Brewery in Town

Oskar Blues is a Brewery and taproom in Longmont, and a hip hangout any day of the week. The brewery’s specialty is small-batch stouts, ales, and other beers that you can only get on limited release at their Tasty Weasel Taproom. For those days when sitting outside with a cold beer is a must, Oskar Blue delivers with a large outdoor patio. 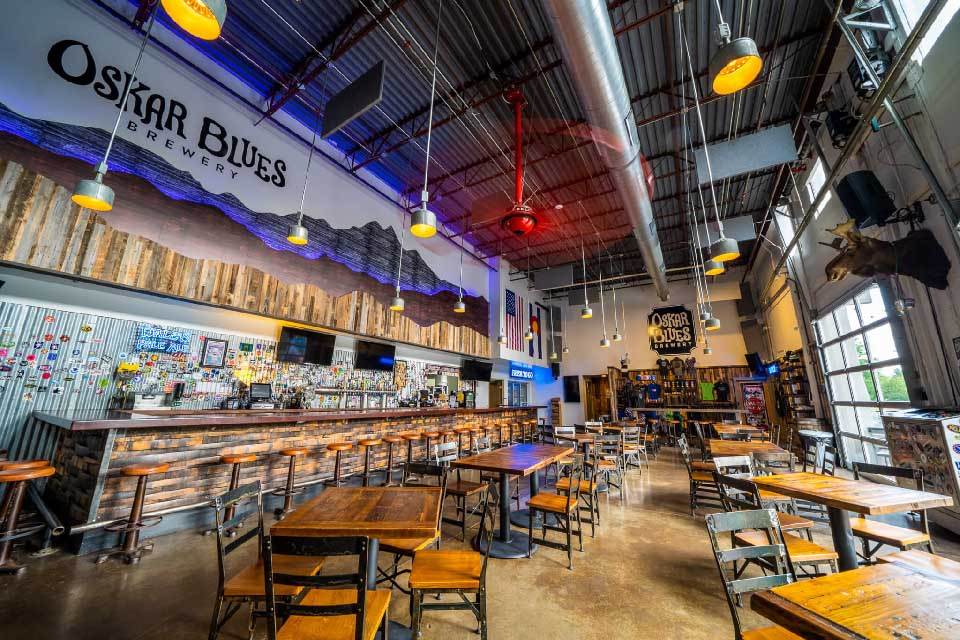 The History of Oskar Blues

Oskar Blues is known for being one of the first breweries to put their craft beers in cans instead of bottles — which was unheard of back in 2002 when the company started in Lyons, CO. Operations have expanded to breweries in North Carolina and Texas. People all over the US can enjoy Oskar Blue’s one-of-a-kind beers, ales, lagers, and seltzers. The company has even expanded to 17 foreign countries. The original brew was Dale’s Pale Ale, a hoppy ale that the company canned by hand in their brewpub in Lyons when first starting out.

The Longmont Brewery and Taproom

In addition to the brewery and Tasty Weasel Taproom, the Oskar Blue Longmont location serves as the company’s headquarters. You can get a tour of the brewing process, check out the iconic canning room, or just hang out with friends and enjoy a brew in the taproom or on the patio. What do Longmont residents love most about Oskar Blues? The friendly service and chill vibes make you feel like you’re sipping a beer with friends in your own living room.

Other Happenings at Oskar Blues

If the atmosphere at the Tasty Weasel Taproom wasn’t cool enough, you can also catch live music there too. Check out the website to see when new events are happening, or give the taproom a call. You can also show your support for your favorite Longmont canned craft beer by purchasing some Oskar Blues merch.

The brewery and taproom are located at 1640 S Sunset St, Longmont, CO 80501. The taproom doesn’t serve food, but you can snag a bowl of peanuts to go with your brew. The inside space is also dog-friendly, so you can bring your furry friend with you. You can take a look at which beers are on tap on the website, and they let you take limited editions that you can’t find anywhere else to go. Oskar Blues in Longmont is open every day starting at either 1:00 pm or 2:00 pm and closing at either 8:00 pm or 9:00 pm.